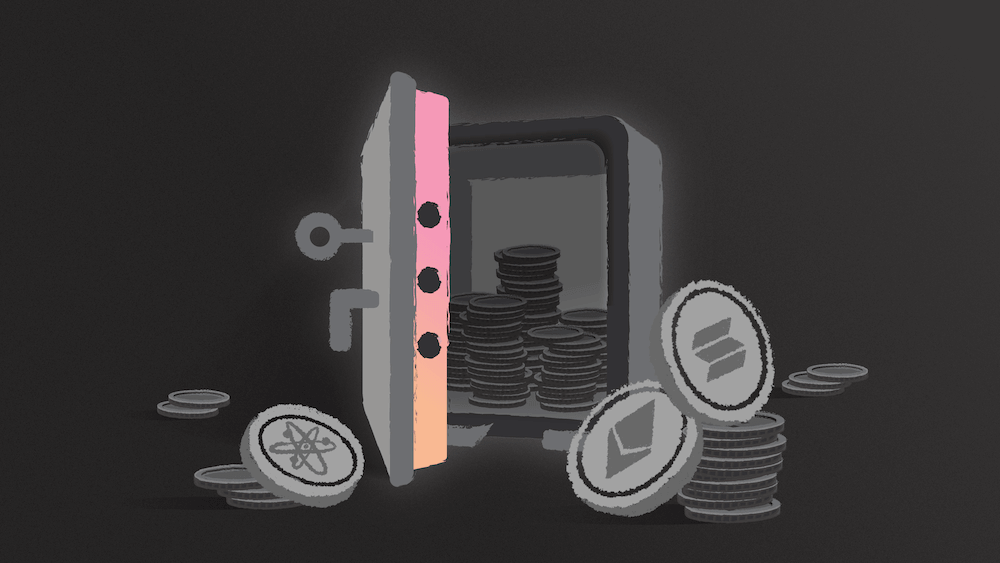 Proof of Stake (PoS): What Is It and How Does It Work?

Learn what Proof of Stake (PoS) is, how it works, what validator nodes are, how validators are chosen, and what the pros and cons of PoS are.
Average read time:
9
minutes
Blockchain
Technology
Bitcoin
Key Takeaways

What is Proof of Stake (PoS)?

Proof of Stake (PoS) is a consensus mechanism for validating cryptocurrency transactions and producing new blocks in a blockchain. It requires users to lock up their tokens in a smart contract to participate as validators.

Consensus mechanism refers to the procedure used by computers to validate entries, track transactions, communicate with one another, and maintain blockchain security.

Designed as an alternative to the more energy-intensive Proof of Work mechanism that some networks (e.g., Bitcoin, Dogecoin, Litecoin) use, Proof of Stake has since become the most popular consensus mechanism across blockchain networks.

How Does Proof of Stake (PoS) Work?

Proof of Work (PoW), another popular cryptocurrency consensus mechanism used by Bitcoin, uses a rewards-based mechanism in which miners around the world compete to validate blocks and receive rewards. Under this mechanism, the token supply begins with zero and tokens have to be mined to be created.

A block is a group of permanently recorded transactions with a link to the previous block in the chain. Blocks are validated by multiple validators and are finalized after a certain number of the validators verify the accuracy of the blocks.

On the other hand, Proof of Stake uses a pseudo-random election process to select validators who will then validate new blocks and receive transaction fees as rewards. PoS currencies launch with a pre-forged supply so that computers (or nodes) can start validating transactions immediately after the launch of a blockchain network.

Crypto owners who wish to become validators are required to lock a specific amount of their tokens on the network. This process is more commonly known as staking. The exact amount of tokens you need to stake depends on the blockchain. For example, if you want to become an Ethereum validator, you will need to stake 32 ETH first. Staking rewards users for participating in Proof of Stake (PoS) protocols and is the bridge between personal incentives and network security.

When a validator is chosen by the PoS mechanism, it first confirms if the transactions in the block are valid or not. After that, it signs the block and adds it onto the blockchain. The validator will then receive transaction fees from said block as a reward along with a token reward, depending on the network.

After the tokens are staked, they are locked and cannot be touched for a certain period of time. The time duration required to unlock and access staked tokens is variable and dependent on the network they are locked in.

What are Validator Nodes?

Aside from staked crypto, another main component of the staking process is: Validator Nodes.

A validator node is a blockchain node owned and operated by a validator responsible for creating and/or validating blocks on a blockchain network. Being a validator is generally difficult and time-consuming, as they are required to set up, run, and maintain a validator node and be an active participant to earn rewards. The validator nodes also need to be compliant with the complicated specifications of each protocol’s codebase. Participants also need to stake a specific amount of tokens before qualifying as validators. Hence, both the barrier and cost of entry can be potentially high.

A node, also known as ‘blockchain node’ is a computer connected to a cryptocurrency network that stores, shares, and updates the blockchain ledger.

For users who wish to become a validator but do not know where to begin, they can read here to learn more about the process. MANTRA can also set up validator nodes and securely manage them for interested parties, allowing them to maximize their returns on staking without having to do much operational work themselves. MANTRA has a track record of reliably operating over 30+ PoS validators with no slashing and minimal server downtime.

How Are Validators Chosen?

The algorithms, through which Proof of Stake chooses validators from a network of nodes, utilize various methods, including:

The larger amount of tokens a validator has staked, the more likely they are to be chosen to validate blocks.

The longer the tokens held by a validator have gone unspent, the more likely they are to be picked. This is because once the stake has been used to verify a block, its age is reset to zero, and the validator must wait for a specified amount of time before qualifying to verify another block. This helps prevent the largest nodes from controlling the verification process on a blockchain network.

The lowest hash value and the highest stake value are combined to decide which validator will get to validate the next block.

Hash value is the string of numbers generated by a hashing algorithm to represent data.

Proof of Stake (PoS) vs Proof of Work (PoW)

Proof of Stake and Proof of Work are the two most popular consensus mechanisms among blockchains and have several similarities. Both of them verify data, process transactions, and maintain blockchain infrastructure. However, the two protocols also have multiple differences.

Advantages of Proof of Stake

An airdrop is the distribution of tokens to multiple users’ crypto wallets. This is usually done for free and as a reward for simply holding the token, staking, interacting, or more. DeFi projects often airdrop tokens to validators on their chain to incentivize more validators to join for the sake of security and decentralization.

With Proof of Stake, validators only need to own coins and are not required to buy expensive computing equipment and consume large amounts of electricity. Hence, the barrier to entry is relatively low, which enables more people to participate and increases decentralization.

Compared to Proof of Work, the Proof of Stake mechanism requires fewer computers and competitors to function. It also doesn’t need demanding computing equipment and power. Hence, it has significantly lower energy costs.

As Proof of Stake doesn’t require physical machines or large amounts of energy and with the combination of all the advantages above—decentralization, eco-friendliness, affordability, and speed—it is much more scalable than Proof of Work.

For all its advantages, Proof of Stake does have a disadvantage that users might want to be aware of: 51% Attack.

As fewer computers control the network under PoS, if an individual or a group were to accumulate 51% or more of the staked currency, they’d effectively have 100% control of the blockchain. Why? Because nodes and validates are chosen by votes, and validators with larger stakes receive more votes. Then, said individual or group can decide to act in their own best interests with no regard for others in the network. This is also known as a 51% attack.

However, this risk is bigger with smaller and more concentrated cryptocurrencies than larger ones. Also, the PoS system strongly discourages bad behavior through penalties, such as slashing stake or ejection from the net

Everything You Need to Know About Crypto Tokens