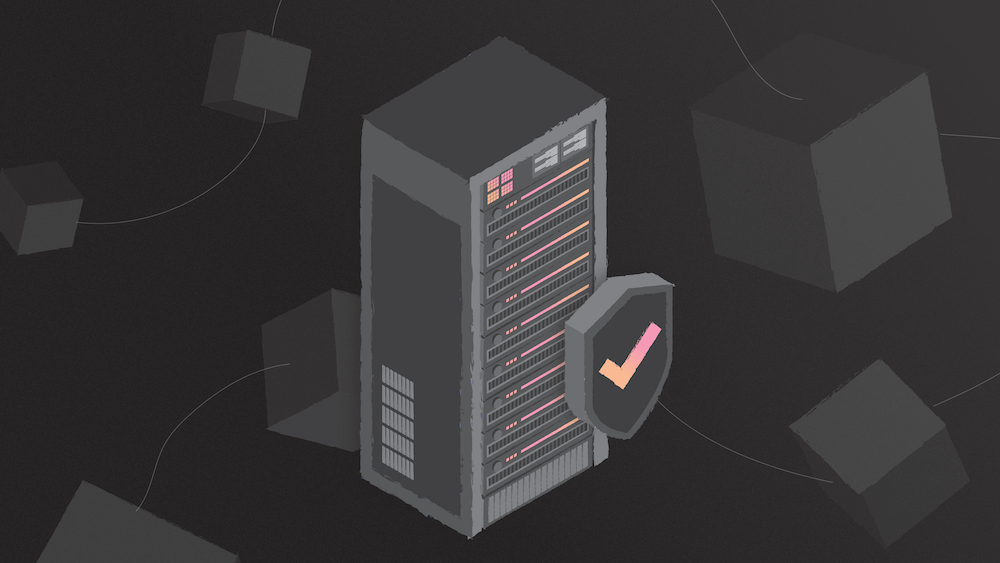 The Basics of Running a PoS Validator Node

Learn how to run a validator node, about the hardware and software requirements, and how MANTRA can help you with it.
Average read time:
6
minutes
Blockchain
MANTRA
Tokens
Trading
Finance
Key Takeaways

The Basics Of Running A PoS Validator Node

A validator node is a special node on the blockchain that participates in the consensus process of signing blocks and attesting to the signing of blocks by other validators. As the name suggests, the main job of validators is to “validate” that the blockchain is working correctly, and in return for their contributions, they are rewarded with tokens.

Said another way, validators are to a proof-of-stake blockchain what miners are to a proof-of-work blockchain, like Bitcoin. Due to the energy-intensive nature of PoW, along with the high costs of cryptocurrency miners, PoS is now the most common consensus mechanism being deployed across the crypto ecosystem.

Instead of the cost-intensive process of mining, validators can participate in consensus on their preferred PoS blockchain by joining an authorized group known as the Active Set.

We will dive deeper into the specifics of joining an Active Set in a later post, but for now, the basic idea involves staking a minimum number of tokens and committing to being a responsible member of the validator community.

Serving as a validator is simpler than operating as a miner, as all validators need to do is sign blocks and validate the signing of blocks by other validators, without the need for high-performance equipment.

While miners repeatedly participate in a winner-takes-all race to find the mathematical solution to a pointless problem before any other miners are able to for the right to sign the block and mint tokens, the process is more collaborative on PoS networks.

Each validator is allocated the task in turn according to the specifics of the consensus algorithm for that chain. The simplicity involved means that validators can, in theory, use average, off-the-shelf hardware that is available to the average computer user to participate in validation.

This means that anyone who puts in the time to understand the process of becoming a validator, buys the necessary equipment, and is willing to stake the required tokens can become a validator.

While an old laptop might not cut it due to the fair amount of computing power that is required, the hardware costs associated with validation are significantly less than the equipment required to mine Bitcoin.

First and foremost, operating as a validator requires a lot of disk space. Blockchains are chatty and transmit/receive a lot of data. This means that a node on a blockchain requires a sufficient amount of disk space to store that data.

A node is a computer that runs the blockchain software and allows the computer to become a part of the blockchain. Since every node in a blockchain, by design, stores every transaction that has occurred since the genesis of that particular blockchain, they require a large amount of computer disk storage.

At the time of writing, the Ethereum blockchain requires 985 GB of disk space – that’s just under 1 TB (https://ycharts.com/indicators/ethereum_chain_full_sync_data_size) – and the network is growing at about 50 GB per month.

This means that in order to run an Ethereum Validator node, you’ll need at least 1+ TB of storage to start and at least an additional 0.5 TB – 1 TB of free space just to ensure enough wriggle room.

Not every chain in operation requires this much disk space, so you will need to check the requirements for each chain, as they all have different specifications. Some hybrid chains that use multiple chains require multiple chains worth of disk space.

The Need For A High-Speed Network

Due to the chatty nature of blockchains, there is a lot of network communication between ordinary nodes and even more so between validator nodes. Because of this, an internet speed of at least 300 Mbit/s symmetric, commercial, is required, with 1 GBit/s preferred.

This will lead to higher costs in terms of data fees to your ISP, but the cost is still significantly lower than that of PoW systems. It is important that you verify that your data plan is set up to handle high volumes of data before starting. Your validator node could be transferring many 100s of MB per day to and/or from the public internet, depending on the chain.

A strong CPU and decent amount of RAM will also be needed to deal with the chatty, hard-working nature of blockchains. Failure to have the proper equipment could result in your validator node “freezing” and a failure to validate, which could lead to what’s known as “slashing.”

Slashing occurs when a blockchain network disapproves of your validator’s “behavior” and gives it a timeout or takes away some of the staked tokens. Ideally, this is to be avoided at all costs.

The majority of blockchains suggest the following specs as a bare minimum:

Once you have the required hardware available, know how to set it up, and have a fast enough internet connection, you can then set up what’s known as a “bare metal” validator to run the required blockchain software from the comfort of your own home, office, or private data center.

The main downside to running your own hardware is that you, and you alone, are responsible for keeping it online. With this in mind, it's important to remember that as a validator in the Active Set, you have a responsibility to the community. If your validator goes offline, bad things can potentially happen.

An alternative option is to deploy your validator to a virtual machine on a cloud services platform – such as Amazon Web Services (AWS), Google Cloud, Microsoft Azure or IBM Cloud.

There are a multitude of advantages to using a cloud services provider:

There are several disadvantages to consider as well:

Most blockchain networks have a specific piece of hardware that is referred to as a “client.” The client blockchain software runs on a computer which, together, is commonly called the “node.” Each chain has a different process for installing its specific node client software.

The main difference between validator and non-validator nodes is that validator nodes have additional logic running that allows the node to participate in the signing and attestation consensus processes.

This process usually involves a validator registration process and the staking of a minimum amount of tokens on the validator.

Due to the privileged function that validators perform for their respective blockchains, they are often the target of malicious actors who attempt to steal the validator's tokens and/or disrupt its operation.

Losing your keys or exposing them to bad actors can result in the loss of control of the validator, the loss of funds, or both.

The host computer running a validator node is also a target for nefarious individuals. Therefore, whether bare metal or cloud-hosted, it is extremely critical to be sure that your computer is well-protected and that it is hardened against hackers.

As a method to help combat attacks, some blockchains use what are known as “sentries,” which are sacrificial nodes that hide the real validator and take the brunt of any denial-of-service attacks.

It's essential to note that if a chain suggests sentry nodes, this can potentially triple or quadruple your hosting costs, as each sentry constitutes a proper node in its own right.

Other blockchains may rely on being deployed to hardened private networks, which protect the validator. Again, you will need to understand what you are doing with respect to security as, in the case of a DDoS attack, this could damage your validator’s reputation in the community. It could also lead to the loss of your assets if your keys are lost or stolen.

How MANTRA Can Help You

For those looking for a simple way to participate in validation without the hassle of running equipment or paying for cloud hosting, MANTRA offers staking services for the most popular blockchain networks.

In three years of running nodes, MANTRA has never been slashed or hacked, and the service comes with professional support, 24 hours a day, 7 days a week.

For those interested in a little more personalization, MANTRA can brand your validator node with your brand, so no one will ever know that it's a MANTRA-run node.

You can rest easy knowing that your keys are safe and secure, and MANTRA’s system has endpoints all over the world, meaning that there is no single point of failure.

To find out more or get started today, click here to contact us about getting your own, dedicated MANTRA Validator!

How to Delegate Your Crypto Tokens to Earn Rewards